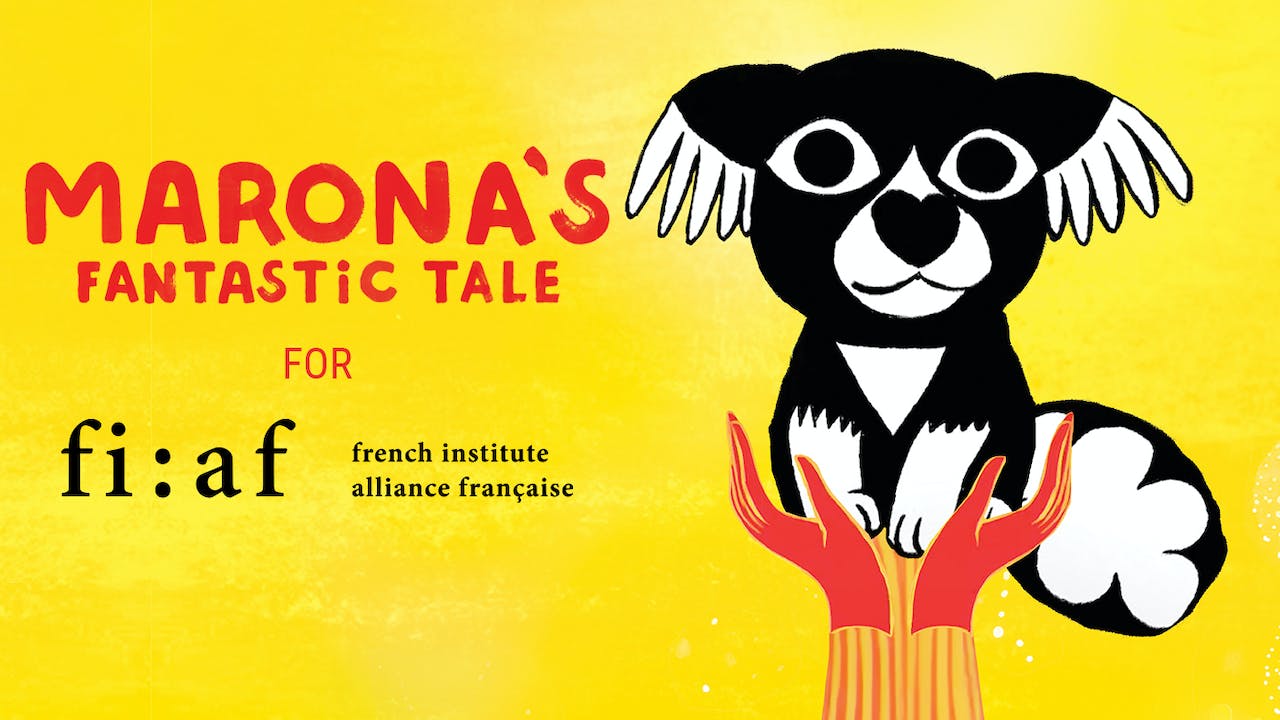 GKIDS and FIAF are proud to present Virtual Cinema screenings of MARONA'S FANTASTIC TALE! Virtual Cinema lets you watch the latest films from the comfort of home while supporting local theaters and organizations. A percentage of the net proceeds from each ‘ticket’ sold will go to the listed partner theaters and related organizations in a new way to support local art house cinema and organizations. This purchase supports the French Institute Alliance Français, located in New York City, NY.

Members of the French Institute Alliance Française (FIAF) can redeem their coupon to rent this film at a discounted rate! Not yet a FIAF Member? Sign up at fiaf.org/membership.